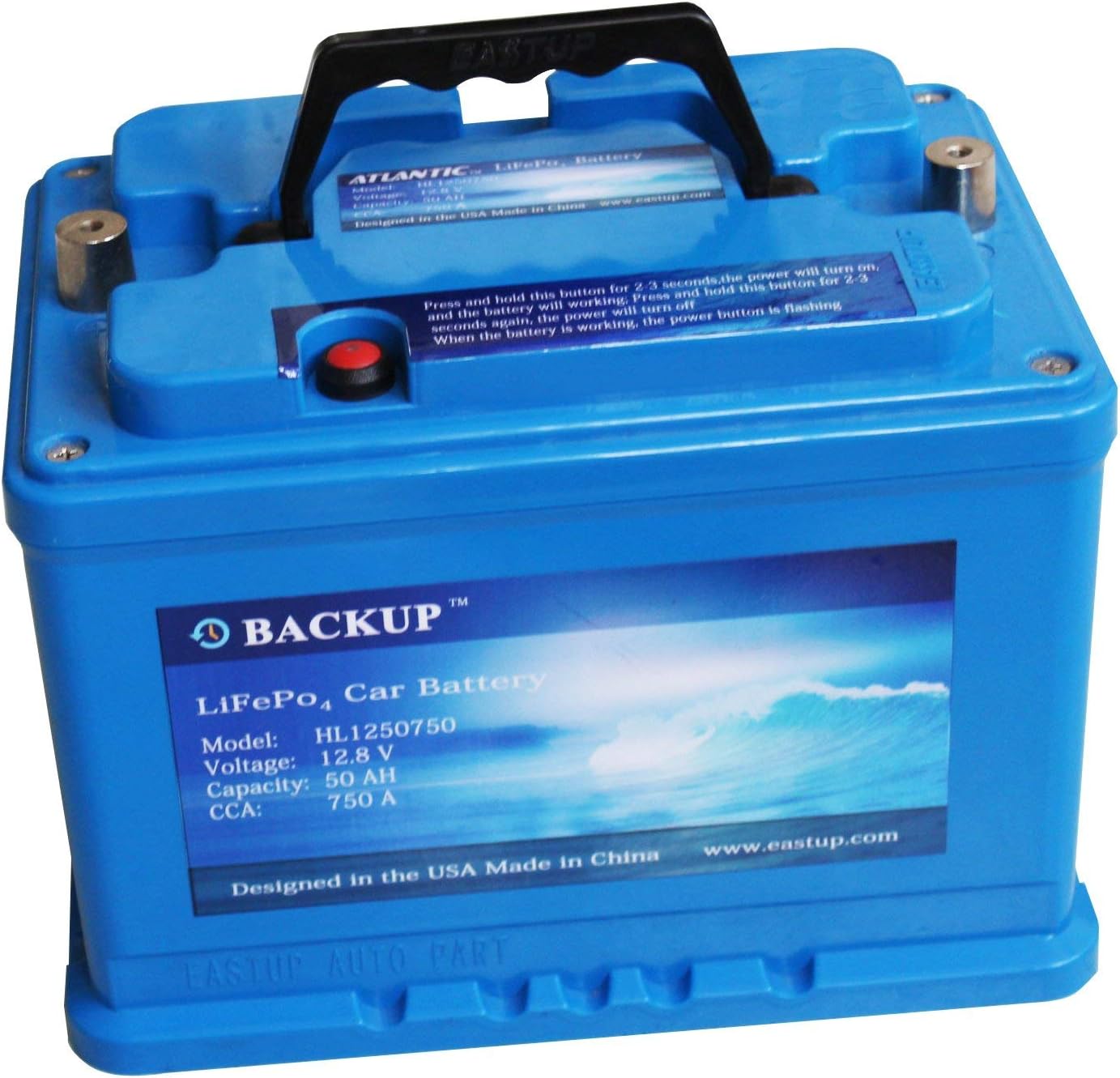 This fits your .
"li" Long service life. Its cycle can reach as long as 2000 times which is 7-10 times of SLA ï¼the SLA battery is 300-500 times onlyï¼; The attenuation rate of LifePo4 Battery is 5% per year, and SLA is 40% per year; LifePo4 battery can deep discharge till 100% DOD. Even the voltage goes down to nearly 0 volt "li" High security .LiFePo4 battery is 100% safe lithium battery in the world .It will never catch fire or bomb under worst condition;Cleaner for the environment , No HAZMAT . while LiCoO2 and SLA cause serious pollution to the environment . "li" This battery is 50AH, but the CCA is 750A, it can replace the 100AH SLA battery "li" Good performance, Lightweight. Weighs about 1/3 of same capacity SLA Battery

What is LiFePO4 Battery? The lithium iron phosphate (LiFePO4) battery, also called LFP battery (with "LFP" standing for "lithium ferrophosphate"), is a type of rechargeable battery, specifically a lithium-ion battery, which uses LiFePO4 as a cathode material. LiFePO4 batteries have somewhat lower energy density than the more common lithium cobalt oxide (LiCoO2) design found in consumer electronics, but offer longer lifetimes, better power density (the rate that energy can be drawn from them) and are inherently safer. LiFePO4 is finding a number of roles in vehicle use and backup power.

LiFePO4 is a natural mineral of the olivine family (triphylite). Its use as a battery electrode which was first described in published literature by John B. Goodenough's research group at the University of Texas in 1996, as a cathode material for rechargeable lithium batteries. Because of its low cost, non-toxicity, the natural abundance of iron, its excellent thermal stability, safety characteristics, electrochemical performance, and specific capacity (170 mAÂ·h/g, or 610 C/g) it gained some market acceptance.The chief barrier to commercialization was its intrinsically low electrical conductivity. This problem was overcome by reducing the particle size, coating the LiFePO4 particles with conductive materials such as carbon, or both. This approach was developed by Michel Armand and his coworkers. Another approach by Yet Ming Chiang's group consisted of doping LFP with cations of materials such as aluminium, niobium, and zirconium. Products are now in mass production and are used in industrial products by major corporations including Black and Decker's DeWalt brand, the Fisker Karma, Daimler AG, Cessna and BAE Systems. MIT introduced a new coating that allows the ions to move more easily within the battery. The "Beltway Battery" utilizes a bypass system that allows the lithium ions to enter and leave the electrodes at a speed great enough to fully charge a battery in under a minute. The scientists discovered that by coating lithium iron phosphate particles in a glassy material called lithium pyrophosphate, ions bypass the channels and move faster than in other batteries. Rechargeable batteries store and discharge energy as charged atoms (ions) are moved between two electrodes, the anode and the cathode. Their charge and discharge rate are restricted by the speed with which these ions move. Such technology could reduce the weight and size of the batteries. A small prototype battery cell has been developed that can fully charge in 10 to 20 seconds, compared with six minutes for standard battery cells.

One important advantage over other lithium-ion chemistries is thermal and chemical stability, which improves battery safety. LiFePO4 is an intrinsically safer cathode material than LiCoO2 and manganese spinel. The FeâPâO bond is stronger than the CoâO bond, so that when abused, (short-circuited, overheated, etc.) the oxygen atoms are much harder to remove. This stabilization of the redox energies also helps fast ion migration. As lithium migrates out of the cathode in a LiCoO2 cell, the CoO2 undergoes non-linear expansion that affects the structural integrity of the cell. The fully lithiated and unlithiated states of LiFePO4 are structurally similar which means that LiFePO4 cells are more structurally stable than LiCoO2 cells. No lithium remains in the cathode of a fully charged LiFePO4 cellâin a LiCoO2 cell, approximately 50% remains in the cathode. LiFePO4 is highly resilient during oxygen loss, which typically results in an exothermic reaction in other lithium cells. As a result, lithium iron phosphate cells are much harder to ignite in the event of mishandling (especially during charge) although any fully charged battery can only dissipate overcharge energy as heat. Therefore, failure of the battery through misuse is still possible. It is commonly accepted that LiFePO4 battery does not decompose at high temperatures.[9] The difference between LFP and the LiPo battery cells commonly used in the aeromodelling hobby is particularly notable

"li"The attenuation rate of LifePo4 Battery is 5% per year, and SLA is 40% per year "li"LifePo4 battery can deep discharge till 100% DOD. Even the voltage goes down to nearly 0 volt shortly, it can still recharged to rated voltage

No HAZMAT, Cleaner for the environment

Sites of the day

Site of the week

We need your vote!